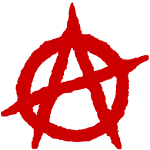 Some people struggle to recognize the great importance of anarchy to society. Unfortunately, these folks have been influenced by government propaganda that anarchy is intrinsically wrong. They have been brainwashed to believe that larger and larger government or enterprise control is the only solution and way forward.

They are influenced by media pictures of layabouts heaving trash cans through swanky department store plate glass windows in Vancouver and London. These are not anarchists or legitimate protesters – they are spoiled brats from the suburbs. They are also very useful to government and ‘ad council’ sponsored Madison Avenue executives that perpetuate the myth of ever-expanding government institutions and its growing requirement in everyday life. It’s wrong and dangerous. 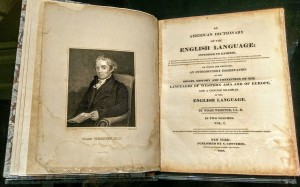 Well, it is time for people to turn to the dictionary. Anarchy: the absence of direct or coercive government as a political ideal and the cooperative and voluntary association of individuals and groups as the principal mode of organized society — an – without; archy – govt/leader.

For example, today the principal operating mode of social media is without central political authority, of course. Thus, by definition, social media are anarchistic. It is a very simple principle to understand, e.g., there is no political agency that oversees Twitter content or blog replies. That’s is what makes social media compelling, positive and useful.

Someone remarked, ‘anarchy is the lack of a system.’ Good grief. Total nonsense. Anarchy is simply the absence of centralized, coercive political authority.

For the vast majority of human activities anarchy is a highly desired state. Period. Prosperous anarchy depends entirely on the social network structures and patterns of cooperative and voluntary relational systems of individuals and groups. Recall, civil society is anarchistic by definition. 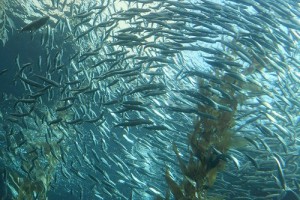 For example, a school of fish or flock of birds does not have a centralized organizing political authority, yet they prosper. How? They are complex, adaptive, living systems. They have plenty of network patterns and structures that determine behavior and lifecycles. It is what allows them to self-organize.

Remember, most all of the good things in civil society are ALREADY anarchistic. The Bill of Rights, for example, specifically protects people FROM government; it specifically advances anarchy – the Right to assemble, to speak, to worship, in short, the right to be left alone. 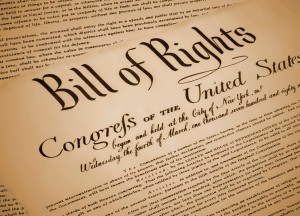 Some overzealous enterprise wonks, determined to bring back the good old corporate days, are proposing social media ‘Centers of Excellence.’ This is laughable. Applying circa 1970 management command and control principles to complex systems is a farce. This specious power-grab will be a confident and expensive failure.

Of course leftists, statists, apparatchiks, govt ad councils, textbooks, etc., ALL must say anarchy is bad, a bogey-man. Why? It is because all these mini-Goebbels have a vested interest in perpetuating and growing an overbearing centralized political authority. They detest liberty and anarchy because they have no authentic role or purpose in our network future. Good riddance!

Enormous, complex and highly robust networks and system structures, that ARE leaderless and have no central political authority, are critical to civil society. Specifically, anarchy drives most advancements in civil society. Anarchy is not a pejorative term, but a HIGHLY desirable state.

Look, social media and social sourcing depend entirely on the absence of centralized political authority. Period. Anarchy is what makes social media and the 21st Century so promising. The great thing is anarchy is here and it’s everywhere!

Also, importantly, anarchy in NO way abrogates or diminishes the legitimate and narrow role of government in its specific role to protect life, liberty, and property. These roles require leadership. Please do not conflate the authentic role of governance and anarchy. 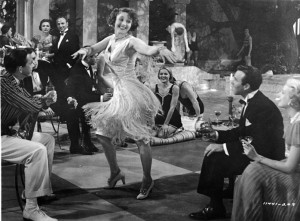 Rather, like nature, networks, markets and great parties, prosperous civil society depends entirely on the self-organizing and self-management principles of cooperative and voluntary association of individuals and groups, aka, anarchy.

No Comments to “Anarchy, Society and Social Media”