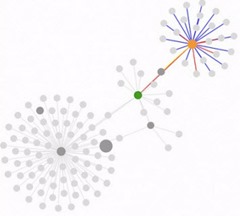 The scaling of human interactions with city size

The size of cities is known to play a fundamental role in social and economic life. Yet, its relation to the structure of the underlying network of human interactions has not been investigated empirically in detail. In this paper, we map society-wide communication networks to the urban areas of two European countries. We show that both the total number of contacts and the total communication activity grow superlinearly with city population size, according to well-defined scaling relations and resulting from a multiplicative increase that affects most citizens. Perhaps surprisingly, however, the probability that an individual’s contacts are also connected with each other remains largely unaffected. These empirical results predict a systematic and scale-invariant acceleration of interaction-based spreading phenomena as cities get bigger, which is numerically confirmed by applying epidemiological models to the studied networks. Our findings should provide a microscopic basis towards understanding the superlinear increase of different socioeconomic quantities with city size, that applies to almost all urban systems and includes, for instance, the creation of new inventions or the prevalence of certain contagious diseases. 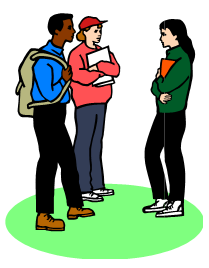 The birth of cooperation

Mutually beneficial associations between individuals of different species, called mutualistic symbioses, have enabled major ecological innovations and underlie some of the major transitions in evolution. For example, the ancestor of plants domesticated endosymbiotic photosynthetic bacteria, today’s chloroplasts, for carbon fixation. This association dramatically increased the habitat of these photosynthetic bacteria from the sea to terrestrial ecosystems. However, the colonization of land by plants required an additional symbiotic association, with fungal root symbionts that facilitate nutrient uptake. Yet, surprisingly little is known about how mutualistic symbioses evolved and persist.

The structure and dynamics of multilayer networks

In the past years, network theory has successfully characterized the interaction among the constituents of a variety of complex systems, ranging from biological to technological, and social systems. However, up until recently, attention was almost exclusively given to networks in which all components were treated on equivalent footing, while neglecting all the extra information about the temporal- or context-related properties of the interactions under study. Only in the last years, taking advantage of the enhanced resolution in real data sets, network scientists have directed their interest to the multiplex character of real-world systems, and explicitly considered the time-varying and multilayer nature of networks. We offer here a comprehensive review on both structural and dynamical organization of graphs made of diverse relationships (layers) between its constituents, and cover several relevant issues, from a full redefinition of the basic structural measures, to understanding how the multilayer nature of the network affects processes and dynamics. 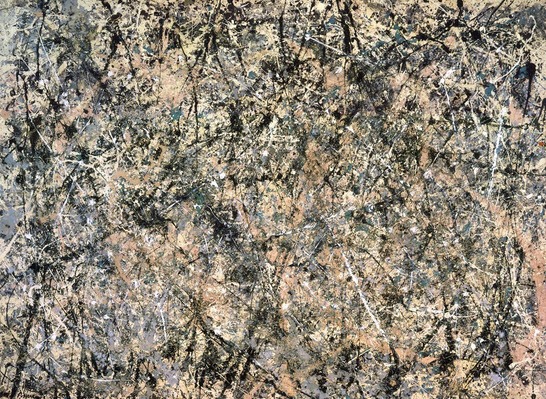 Emergence and persistence of communities in coevolutionary networks

We investigate the emergence and persistence of communities through a recently proposed mechanism of adaptive rewiring in coevolutionary networks. We characterize the topological structures arising in a coevolutionary network subject to an adaptive rewiring process and a node dynamics given by a simple voterlike rule. We find that, for some values of the parameters describing the adaptive rewiring process, a community structure emerges on a connected network. We show that the emergence of communities is associated to a decrease in the number of active links in the system, i.e. links that connect two nodes in different states. The lifetime of the community structure state scales exponentially with the size of the system. Additionally, we find that a small noise in the node dynamics can sustain a diversity of states and a community structure in time in a finite size system. Thus, large system size and/or local noise can explain the persistence of communities and diversity in many real systems.

Against the Smart City

Absolutely the best thing to read on the corporate hype and innuendos from the big computer companies pedalling the idea of the smart city. Adam Greenfields new book  that you can only get on Kindle and which was my first Kindle purchase that I read on my iPad (a success I must say)  is a wonderful and eloquent essay on the extreme hype surrounding the top down new town-like smart cities of Songdo (in South Korea), Masdar (in the UAE), PlanIT Valley (near Paredes in Portugal). He also comments on Singapore, Rio de Janeiro and some of the other established cities who are injecting automation into their urban services and other functions from the top down. His message is that most of the smart cities hype associated with IBM, Cisco, and Siemens amongst others which he recounts in detail is based on the most simplistic of notions as to what a city actually is. 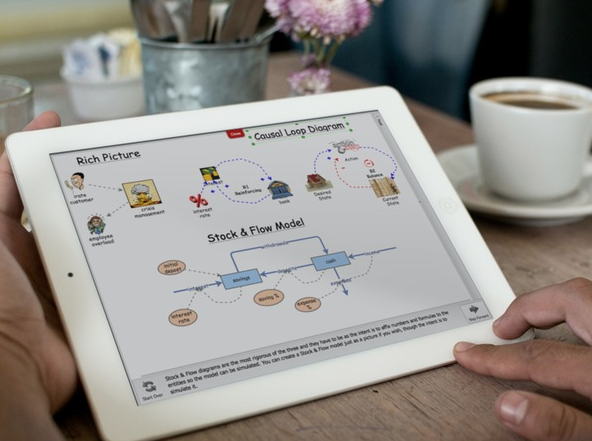 Following last years successful edition, we have once more decided to organize a summer school coinciding with the European Conference on Complex Systems  thus profiting the opportunity offered by the presence of a wide variety of experts in different topics in Lucca. The projected school aims to offer young researchers the opportunity to learn new methods, present their work and meet fellow researchers, and it also represents a good opportunity for young researcher to prepare their participation to the main ECCS conference in an informal and relaxed environment.

Following our policy to display local talent, three renowned italian researchers will each present a different aspect of complex networks in three hour sessions. Names such as Dr. Roberta Sinatra, Dr. Ciro Catutto and Prof. Stefano Battiston should sound familiar to any interested student. Furthermore, we plan a meeting where each participant will have the possibility to share with the others his work, organized as a flash presentation workshop. Of course, a major social event is also included, to stimulate networking and prepare the official ECCS conference.

A closer look at genealogy, incorporating how biological, anthropological, and technical factors can influence human lives

We are at a pivotal moment in understanding our remote ancestry and its implications for how we live today. The barriers to what we can know about our distant relatives have been falling as a result of scientific advance, such as decoding the genomes of humans and Neanderthals, and bringing together different perspectives to answer common questions. These collaborations have brought new knowledge and suggested fresh concepts to examine. The results have shaken the old certainties.

The results are profound; not just for the study of the past but for appreciating why we conduct our social lives in ways, and at scales, that are familiar to all of us. But such basic familiarity raises a dilemma. When surrounded by the myriad technical and cultural innovations that support our global, urbanized lifestyles we can lose sight of the small social worlds we actually inhabit and that can be traced deep into our ancestry. So why do we need art, religion, music, kinship, myths, and all the other facets of our over-active imaginations if the reality of our effective social worlds is set by a limit of some one hundred and fifty partners (Dunbars number) made of family, friends, and useful acquaintances? How could such a social community lead to a city the size of London or a country as large as China? Do we really carry our hominin past into our human present? It is these small worlds, and the link they allow to the study of the past that forms the central point in this book.

This thematic series intends to publish high quality original research as well as review articles on case studies, models and methods for the modeling and simulation of large-scale computer communication networks using either of the following two approaches:

Potential topics include, but are not limited to: