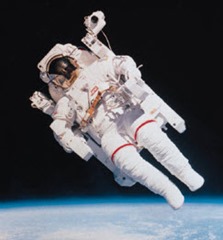 Recently there was a discussion on the scientific integrity and merits of Wikipedia. It concerned the not-so-favorable Wikipedia entry for neurolinguistic programming (NLP). The discussion also revealed important principles of collective intelligence and crowd science.

Before continuing, please note that pseudoscience is not protoscience.

Basically, an ardent support of NLP pseudoscience was concerned with Wikipedia’s robust scientific bias. As a leader of worldwide collective intelligence communities, it is safe to say Wikipedia strives to be good science. This bias is important.

Even popular entertainment networks like TED/TEDx, recently and quite publicly, have eliminated bad science and pseudoscience from their amusing performances.

In the 1970s your humble network actor spent a good amount of time at Esalen Institute and Big Sur. It was the peak of the Human Potential Movement. The efforts were sincere. The outcomes never met the lofty expectations. It was a lot of fun though!

A generation later my role was advising and leading management development for the world’s largest technology firm. Now and then NLP would pop-up on the agenda, usually driven by new-age nostalgia. It was promptly and categorically dismissed.

Same for Dianetics, parapsychology, noetic science and other pseudoscience. Frankly, we had no interest in NLP or other management development quackery. See Woo at Rational Wiki.

Remember, Wikipedia is now the top source of information for doctors and patients. Wikipedia is compelled to pursue good science. Rational Wiki does the same. See NLP at RationalWiki.