Someone asked, “Can social media and crowdsourcing help government activities?”

This is a good question but the predicate is wrong. In fact, much of what government does is unnecessary. Doing the WRONG things faster or better or even with collective intelligence is still wrong. 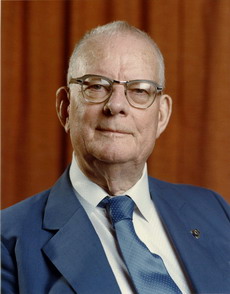 “We are being ruined by the best efforts of people who are doing the wrong thing.”

Leftist apparatchiks scream, ‘Without govt, there will be anarchy!’ Precisely! Anarchy is simply the absence of a central, coercive political authority. Anarchy is the cooperative and voluntary association of individuals and groups as the principal mode of organized society. Definition: – an – without; archy –govt/leader.

Anarchy is precisely the necessary condition to gain the advantages of complexity for self-organizing and self-governing. Anarchy is a requirement of prosperous civil society. 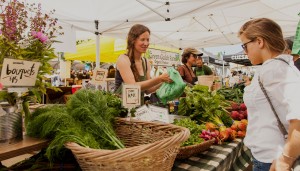 Hunh? Doesn’t anarchy mean chaos, disorder, crisis, and violence? Hardly. That’s what you have been taught by ‘your’ government. In fact, the absence of a central political authority (anarchy), is essential to prosperity. As the saying goes, “More govt isn’t the solution, more govt is the problem.”

For most of us, the purpose of government is economic. In theory, people organize in government to create social arrangements to protect life, liberty, and property. That is fine and legitimate. Unfortunately, almost everything else in govt has all gone horribly wrong…

Why do you think the US Govt is $17T in debt with >$100T in unfunded liability? When was the last time you heard of a cabinet-level position being retired? What are some examples of what we don’t we need in the 21st Century?

In 1978 Jimmy Carter created the US Dept of Education. It was pork-barrel patronage for teachers unions. In a brief, 40-years the Dept of Education has led the collapse of the entire primary and secondary American education system. Virtually everything they touch leads to abject failure, waste, and grief.

Since 1978, the USA has fallen to near the bottom of the worldwide list in most all educational categories. From their vulture roost in Washington, the US Dept. of Education oversees the complete decay of primary and secondary education in the USA. It is a form of soft genocide.

Educational authority originates from parents, communities, localities, etc. Education authority is NOT vested in pot-bellied career bureaucrats in Washington DC. It is NOT the role of some unctuous teachers union president raking-in $400k a year off hard working teachers’ dues.

Yet, the govt continues to dramatically increase the failed Dept of Education. Sadly, US education inhabits a sick, Byzantine and demented world that would perplex even Franz Kafka.

One major area of govt would benefit from anarchy and crowdsourcing is the Department of the Interior. It was founded when Zachary Taylor was president. Really!

In the 21st Century, there are no reasons whatsoever career bureaucrats in Washington need to ‘manage’ 20% of the USA land mass. The ‘Department of the Inferior’ (sic) needs to be closed like the US Dept. of Education.

There are dozens of others.

Anarchistic systems, whether for cars, shoes, or PhDs, thrive and prosper without overbearing political governance and authority. Anarchy is essential to well-being, liberty, and prosperity. If crowdsourcing returns authority to where it belongs, then it is a positive step.

Crowdsourcing and social media introduce a new threshold in human organization. No longer does so-called ‘govt’ have a monopoly on knowledge aggregation or problem-solving. Social media and crowdsourcing must be used to DEVOLVE and retire rigid, obsolete legacy govt bureaucracies. It happened in business a generation ago. Time for govt to catch up.

The US Govt needs glasnost and perestroika. They brought down one EVIL empire. Time for an encore?

The US Constitution is four pages. Its main concern is limiting government. That’s just about right. Sadly, government has painfully forgotten their MAIN role is to leave people alone. 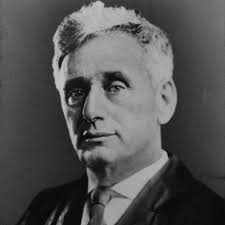 “The makers of the Constitution: conferred, as against the government, the right to be let alone — the most comprehensive of rights and the right most valued by civilized men.”

Insofar as new social media, crowdsourcing, and network comprehension expand innate human capabilities to self-organize productively to innovate and create prosperity for the Third Estate then it is welcome.