A close and respected mid-Atlantic region colleague, concerned about political machinations, mass shootings and government shutdown, said, in so many words, they were concerned and fed up with ‘tribalism.’

Quite to the contrary, it is important to fundamentally reject the pejorative use of tribalism. It’s offensive. Tribalism is healthy foundation that creates human prosperity, growth, sustainability, survival and happiness. 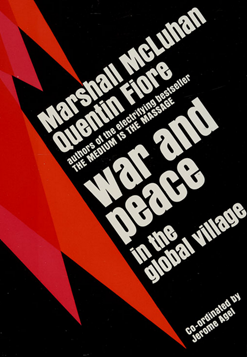 Furthermore our modern human malignancy is the deliberate, diminishing role of proximate tribes and the rise of central government and corporate authority. People forget that tribalism and the Global Village are interdependent. The disease is people that have 1000 Facebook ‘friends’ but have never met their next-door neighbor. It is more common than you think.

As a pioneer of the Internet, it is safe to say with authority that the intention and vision was Global Tribalism. It was not some woolly notion of a Global Brain.

Remember, Humans have a tribal brain. Period. Propinquity, real and virtual, is important. Evolutionary brain physiology matters a lot. Tribalism accounts for the unprecedented success of our species. The Internet optimizes the tribal brain. The ‘greater good’ is Internet-propelled tribes!

Conventional corporations spends untold billions on so-called ‘user experience design’ (UX) trying to fit tools to humans. Enormous efforts like visual interfaces, usability, language and so forth consume vast resources. Yet, they have failed to realize the payoff. The problem is they build centralized organizations that contradicts the very architecture of our tribal brain. They sabotage their own efforts! Enterprise tribes and tribalism is an emerging virtue of The Social Enterprise.

Remember, Gartner research estimates that fully 80% of social business initiatives will deliver disappointing results over the next three years. Why? In short it is because of trying to fit The Social Enterprise to centralized governance structures at the expense of more tribal enterprise societies.

Fordism propelled much of 20th century industrialism. An unintended consequences is today’s recalcitrance to allow the innate, natural, complex and evolutionary models of human organization to regain prominence.

‘We need government to protect us!’ is one dopey refrain of anti-tribal, Big Government aficionados. “We’re from Corporate and we’re here to help you,” is another trusty aphorism of 20th Century industrialists that we’ve all heard before.

Let’s take an objective view. Maybe from the perspective of an Earth alien. To any objective person or alien it is abundantly clear that central governments alone have killed so many people, on an incredibly massive and cruel scale, it boggles the mind.

All the tribal skirmishes combined, over the last 39,900 years of human modernity, do not even approach the sickening level of deliberate violence, genocide, death and destruction leveled by organized nation-states and central governments in the 20th Century, in one, brief 100 year period. WOW! Remember, Big Government Kills.

The information revolution has made the activities of many central authorities simply obsolete. The corporate bureaucracy is nothing more than a moldering cadaver. Nothing destroys flourishing social interactions than apparatchiks in rigid central corporate control bureaucracies. This vestige of Fordism needs a proper burial so that The Social Enterprise may prosper.

Take away? We need MORE tribes and tribal orientation!

But will it work? For example, what is one of the most prosperous, longest-lasting, very large, global organizations (enterprise) known to man? Correct. The Roman Catholic Church. How? For one, the very tribal notion of subsidiarity. 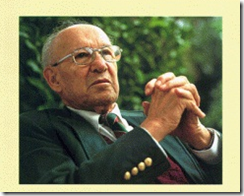 Peter Drucker, the most influential management exponents of the 20th Century by far, drew heavily from Roman Catholic social teachings to define knowledge work and the knowledge worker. Tribal models and subsidiarity, for example, fundamentally expands distributed phronesis – the foundation of all knowledge management.

The US Constitution is another good example. It just had its 226th birthday. The Constitution is a tribal document. It’s unfair too – its sole purpose to keep government OUT of civil society.

To embrace all these principles enterprise leaders must embrace their own constitutions. Advancing tribal configurations, subsidiarity and constitutions reveals the productive pathways of enterprise innovation and prosperity in the 21st Century.

Finally, today’s political factions are not tribal; they are most often withering malignancies of poorly run political parties.