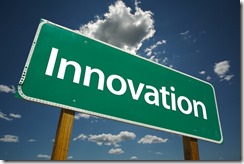 Among the most misused business terms are innovation and invention. Paradoxically, there are also widely accepted meanings of these terms. Still, misuse is pervasive here in Silicon Valley and for business everywhere.

The contemporary, definitive business definition of innovation was offered by Michael Porter at Harvard in the 1980s in his books on Competitive Advantage as follows.

Innovation is the application of creative methods and imaginative techniques that fundamentally advance productivity growth. Innovation is the outcome of advanced skill, craftsmanship, orchestration or combination.

On the contrary, invention is the creation of an entirely NEW idea or concept that did not previously exist and is not immediately obvious. Invention is recognized as the outcome of some unique intuition or genius.

A third term, improvement, also deserves attention since it is also misused.

Below are the correct definitions, in simple terms, for the principal concern of business: productivity.

These are the definitive business definitions. They are widely accepted… and misused. They are distinct for business with really no exceptions. Of course they may be used differently in other settings. 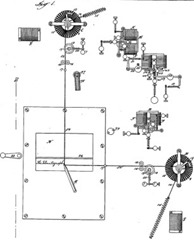 For example, the electronic information tablet was invented in 1888. Furthermore, virtually all the components and features of the iPad such as GUIs, microprocessors, networks, touchscreens, etc. are based on existing concepts invented elsewhere and long before Apple, Inc. existed.

Apple innovates through applied craftsmanship, orchestration and combination. This achieves productivity growth (innovation) for its customers. Thus, for the most part, Apple Computer innovates, it does not invent.

What are the consequences of misuse? One of the most serious is the grave abuse by business to claim every innovation as a patentable invention, particularly for software.

Today there exist more than 400,000 active software patents. Also according to USA Today software patents account for nearly half of all patent lawsuits in recent years – more than 5,000 in 2012 alone. Awarding patents for simple software improvements and innovations is irresponsible. Patent trolls harm innovation.

Business thrives on innovation; it’s a requirement. For example, 70% of the companies in the Fortune 1000 of 2003 do not exist today (Forbes). Most of this creative destruction (Schumpeter’s Gale) depends on continuous, open and unfettered innovation. Tomorrow’s economy depends more and more on perpetual ideation. Capital, energy, talent, leadership, etc., are important, but it’s accelerated knowledge creation and innovation that propels 21st Century business.