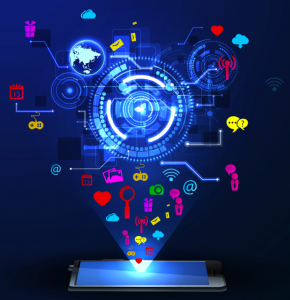 At Colabria we recently completed a confidential, multi-year research study of Enterprise IoT. (It’s why things have been so quiet.) The sponsors were CIOs and executive management of many household names in the Fortune 500. The findings were astonishing! They will be revealed once contractual date obligations have passed.

Essential to Colabria is context. Too often context is under-appreciated. The context for IoT has been coalescing for a generation. At Colabria we sometimes advance our friends at the Institute for the Future. One of their irrepressible leaders, Paul Saffo, authored a paper 20ya that sets the context for IoT. (It’s the Institute for the Future, after all.) Colabria has been evangelizing sensors for 20 years as a core plank of ubiquitous computing. See:

IoT is not new, but it’s time is now.

A lot of people, from all stations and walks of life, ask Colabria how to get started in IoT. The two-word answer is simple: Build Something.

To really understand IoT go to littleBits and get CloudBit and snap the Internet to anything. If you have an old smartphone, download free software to convert it to a motion-sensing video monitor in under two minutes. It’s cool and useful. Get WeMo to automate your house lights or sprinklers. Making something right now is the fastest way to master IoT. Oh, have fun, too!

Remember, IoT is not ERP. It doesn’t take 3-5 years to implement. Trust me, your competitors are building IoT value now. Act or they are going to kick your butt. Don’t ruminate, integrate!

If you are a business leader needing IoT for customer value creation then you must experiment. Beware of very expensive, throw-away conferences. Forget PowerPoint spiels by slick product marketers and other dilettantes. Avoid silly ‘entertainment’ at TED conferences. Dismiss well-manicured consultants with lofty ideas and per diems. They are highly counterproductive to the adoption and diffusion of IoT.

For most applications no turnkey end-to-end IoT solutions exist. IoT is a complex adaptive system by definition. To reveal customer value with IoT you need incisive, complex systems leadership. IoT is all about experimentation, building, testing, refining and leading customer engagement. Again, the IoT watchword for success is: Build Something.

Just here in Northern California, in Q2, there are over a dozen major IoT ‘industry’ events. They are waste of time and money. Pundits try to force IoT into convention IT/CIO models of command and control. They’re laughable. They offer kettles of IoT red herrings (security, privacy, bandwidth, namespace, network, capacity, storage, etc.) to distract from IoT value creation. Beware.

Meanwhile, among the most exciting developments in the IoT ‘Maker Movement’ revolution is iHangar in San Francisco. iHangar inhabits the enormous space at the Palace of Fine Arts space that was once the home of The Exploratorium.

Fell welcome to engage Colabria to learn more and activate in the IoT community.

IoT represents the next great episode of global economic growth. IoT is akin to the PC revolution but with Internet speed, scale and reach. Colabria will continue its record of high achievement as broker and trusted advisor for all in the IoT époque. Stay tuned, engage, BUILD and prosper!

1 Comments to “Internet of Things”