As the headlong flight to the knowledge-based, network economy accelerates, common word usage changes. Some rise in meaning and importance; others become harmful and destructive. Among the most important are optimize versus maximize. 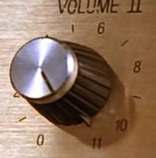 In pop cultural, and immortalized in the classic mockumentary, “This is Spinal Tap,” the term “Up to 11” is anything maximal. Often it means being exploited harmfully. Usually it means exceeding utmost abilities. The outcome is destruction and collapse.

For most the 20th Century firms wanted to ‘maximize profits’ or achieve ‘maximum productivity.’ That belief is the origin of entire galaxies of problems, failures and ruin. 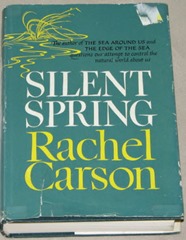 Then, sometime around mid-century, the notion of ecology, simply the science of relationships and interactions with the environment, arose. Rachel Carson’s, Silent Spring, was largely responsible for advancing these concepts and bringing them to the masses.

Ecological science suggested the most thriving organisms inhabit open, connected systems. They are perpetually interacting with their environment. They draw energy from their network neighbors. Their surrounding environment, and their specific role, determines survival and their own level of prosperity.

The ancillary lesson was that maximal organisms eventually get so big they rapidly die. It sounds pedestrian today, but it was a real puzzle for a time. Today, the whole 20th Century notion that maximization is best is obsolete. If you hear some say maximize… run!

Meanwhile, cool new words emerged like symbiosis, ecosystem, synergy, and so forth. They went mainstream.

(Note: recall high school biology – organisms <organizations> are any complex thing or system having properties and functions determined not only by the properties and relations of its individual parts, but by the character of the whole that they compose and by the relations of the parts to the whole and to its environment.)

Today, all scientists, ecologists, and business experts see ‘maximal’ as a red flag. It is a a none-too-subtle codeword for dysfunctional network patterns.

Unlike the 20th Century, today maximal systems defects are mostly common knowledge, common sense. Still, they are insidious and harmful. Below are a few examples.

Many in business are concerned with influence or power. Influence can impact loyalty, margins and brand, to name a few. Contrary to most marketing, influence is revealed by network patterns and structures. It is not much impacted by ad impressions, Don Draper or Super Bowl spots. Rather, graph metrics like eigenvector centrality reveal the power (influence) in a network.

Tools like graph theory (network mathematics) and social network analysis bear this out. 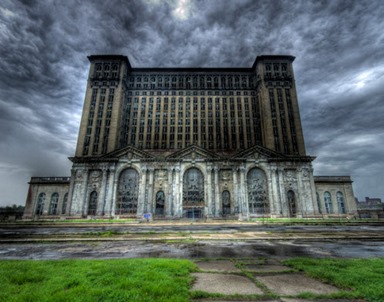 For another example, CEO’s in US corporations have done a nifty job at forcing compensation maximization. Some have achieved a 1,795-to-1 pay ratio for the CEO to front-line employee. This is patently dysfunctional and unsustainable. Meanwhile, and equally egregious, pernicious political patronage drives gratuitous pensions that bankrupt once-great cities like Detroit.

Maximal network patterns cause all sorts of ills. They are eventually and dependably crushed by their own hubris. Beware.

Statist network patterns specialize in collecting and maximizing rigid power structures by definition. It is seen over and over again. The recent PPACA Website (ObamaCare) fiasco is a sterling example of bureaucratic over-reach. Maximal versus optimal approaches always create disasters.

Fortunately the remedy is clear – develop a network perspective and pursue optimal patterns. Strive to comprehend your network vertices, edges and patterns. Acknowledge your connected tenancy in complex ecosystems. Allow solutions favorable and advantageous to all inhabitants. Allow optimal network structures to propel outcomes. Above all, Maximize Optimal.