Often the narcissism of social technology can be a great nuisance. The everyday minutiae of individual daily life seems to creep into social media. Clinically narcissistic social media behaviours are counterproductive. 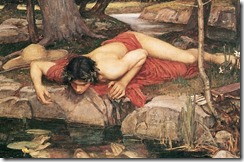 After all, among the biggest social media applications is, well, not surprisingly called, “Face”book. (?)

Like the mythical Narcissus who was unable to stop admiring his own image, active social media users must be wary. Don’t believe your impressions surpass all others.

Furthermore, the pronoun ‘I’ seems to be the most popular word for today’s social media mavens. News Flash: most readers don’t care about ‘I this’ and ‘I that.’ Try and leave the pronoun ‘I’ out of all communication. (It’s harder than it sounds.)

For example, keep travel details and impressions out of serious business blogs. Your readers don’t care that you got cold toast in Poughkeepsie or that it was raining when you got to Böblingen.

The leaders, editors and most prolific users of social media are the often the worst offenders. They are congenitally self-absorbed. They are hell-bent on admiring and impressing themselves at all expense. Piety those whoever are so unfortunate to actually read their vainglorious pap.

Remember, media like blogs and wikis are intended to be collaborative. Introspection is important. However, let’s not forget, the best blogs are narrative and conversational in nature. Ironically, many social media aficionados are among the least collaborative people known.

The individual nature of these new social media is key. So is the ‘social’ element – the desire to forge relationships, seek the company of others, expand thinking experiences of the reader and shape productive, worthwhile conversation. 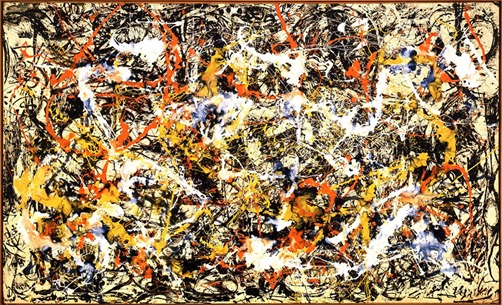 Fortunately, like many of the misuse of the Web in its debut, social media narcissism will self-correct over time. It’s a newbie affliction.This will be an important step in realizing the circa 1990s vision of Tim Berners-Lee’s ‘InterCreative Web.’