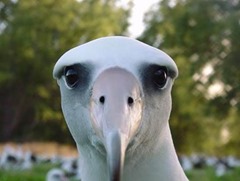 It should come as no surprise that the PPACA IT subsystems aka ‘ObamaCare’ are challenged. As a leading exponent of IT leadership it is important for Colabria to comment on the PPACA challenges. It is worth noting even the venerable New York Times, a long-time friend of the PPACA, also has its doubts, to wit, From the Start, Signs of Trouble at Health Portal.

Based on decades leading large-scale IT projects, its safe to say any $400M, centralized, monolithic government IT effort won’t work. Period. It’s a farce, a sham, DOA. Guaranteed.

Fact is, what most often happens with these outsized central IT fiascos is they are sabotaged by the very people charged with creating them. Rarely is it deliberate. Rather,  it is subconscious and unintentional. We see it over and over and over again. In short, these projects are simply crushed by the weight of their own hubris.

There are few important, telltale signs why PPACA applications failed with confidence. For starters, Congress has exempted itself from the law. Doesn’t that tell you something?

Finally, the Number One Reason the PPACA applications failed, is the chorus, the refrain, the absolute mantra of all failed IT initiatives known to man, since time immemorial, are you ready, it’s the mother of all IT excuses, hold on to your hat, it’s the treasured chestnut, “lack of resources.”

The PPACA portfolio, precisely because of its enormous scale and complexity, should have been crowdsourced and distributed to subsidiary development actors. It certainly should not have been centralized and outsourced to a Canadian systems integrator. (?) Bizarre. 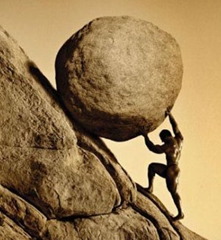 Well, what happens from here, what’s the lifecycle of yet another government IT fiasco? Typically, those poor souls that hang around, will always ‘throw money at the problem.’

Expect today’s $400M PPACA portfolio to double or triple in cost to probably $1.2B. Then, and only then, will it become abundantly clear that it is a lost cause, a complete failure and utter disaster.

Then what happens? Well, most often small chunks of the main initiatives are spun-off, privatized, distributed, integrated with legacy, etc. Then lean, competitive, customer-led offerings begin to shape a robust applications ecology.

Fast-moving entrepreneurs will compose solutions to inhabit dynamic healthcare ecosystems and begin to shape the desired outcomes of the PPACA. That’s probably 60-months away. Today, in the meantime, the PPACA is just another giant government albatross.