This is a noteworthy excerpt from the highly influential U.C. Berkeley Forum on Knowledge and the Firm. It’s from the prestigious California Management Review.

The academics and practitioners who gathered at U.C. Berkeley’s Haas School of Business for a day-and-a-half-long forum on knowledge and the firm brought with them a shared belief in the critical importance of knowledge in business. They also came with diverse assumptions and ideas about how knowledge can be effectively developed and used. The most striking contrast was between the mainly American emphasis on the distribution and re-use of explicit knowledge and the mainly Japanese focus on establishing conditions that encourage new knowledge creation through the direct social sharing of tacit knowledge.

The first day of the conference in many ways exemplified the kind of knowledge-creating dynamic that numbers of participants described. Many of the forty-plus experts already knew one another from prior meetings or by reputation. Their knowledge about knowledge had the balance of cohesiveness and diversity that the creation of new knowledge seems to require. The brief, concentrated presentations left time for conversation that explored common ground, brought differences to the surface, and began to probe the intellectual tensions and connections that can lead to new insights and deeper understanding. Issues discussed included identifying the important arenas and goals of knowledge work, defining a knowledge vocabulary, locating gaps between theory and practice, measuring knowledge value, and identifying knowledge trends and knowledge crises.

Some Assumptions and Aims

At the start of the conference, Professor David Teece of the Haas School of Business offered a formulation of the group’s common belief in the importance of knowledge in the firm, saying, “The fundamental bases of wealth creation are changing. Intellectual capital is the key to creating and appropriating wealth.” Other speakers later elaborated on the idea. Larry Prusak of IBM said, “There is an emerging new theory of the firm, one that recognizes the growing complexity of work, products, and organizations, and concludes that the only sustainable competitive advantage comes from what you know and how fast you can put it to use.” Yotaro Kobayashi, Chairman of Fuji-Xerox, remarked that even small, incremental knowledge creation can distinguish an organization from its competitors. He spoke too about the uniqueness of knowledge, which generates a new human value that cannot be quantified. Gordon Petrash of Dow stated, “This is an era of experimentation. There is a lot we don’t know.”

Early in the conference, Professor Hirotaka Takeuchi of the Harvard Business School and co-author of The Knowledge-Creating Company said, “In a different culture we would be having a different conversation. The natural place for knowledge to reside is in the individual. The important question is how to convert individual knowledge to organizational knowledge. The Japanese view is to give people a process to create new knowledge. It is very human, based on socialization. It is individual-to-individual and tacit-to-tacit. In this meeting, we’re looking at the end result and forgetting about the process.”

His comment summed up some of the striking differences of approach and experience that surfaced during the meeting. These differences often, though not always, manifest themselves as contrasts between Japanese and American theory and practice. In the U.S., most knowledge practice focuses on collecting, distributing, re-using, and measuring existing codified knowledge and information. Practitioners often look to information technology to capture and distribute this explicit knowledge; firms measure success by near-term economic returns on knowledge investment. In Japan, knowledge creation receives more attention, with an emphasis on developing conditions that favor the exchange of tacit knowledge between individual knowers, a social process through which new knowledge develops. Success is measured by a long-term capability to succeed through innovation.

As illustrations of this fundamental difference, consider, on the one hand, Dow Chemical’s early knowledge management efforts in the U.S. and, on the other, the description of “originating ba” presented by Ikujiro Nonaka, the Fuji-Xerox Distinguished Professor in Knowledge at the Haas School of Business. Petrash characterizes the successful early project he directed at Dow as “picking the low-hanging fruit.” His team examined the company’s patent portfolio to determine which patents should be exploited and which should be sold or discarded – distribution and use of explicit knowledge were the clear aim of the project. Results were quickly and clearly measurable in savings and licensing income. In contrast, originating ba describes the social, mental, and physical space that encourage the flow of tacit knowledge between individuals and the creation of new knowledge. At least in the strict senses of the words, “management” and “measurement” do not operate strongly here. Instead, “nurturing,” “love,” “trust,” and “caring” are part of the vocabulary of originating ba.

In fact, differences in vocabulary were an important sign of contrasting ways of thinking about knowledge work. Nonaka points out, for instance, that there are significant differences between “knowledge” and “knowing.” The noun “knowledge” implies that knowledge is a thing that can be located and manipulated as an independent object or stock. It seems possible to “capture” knowledge, to “distribute,” “measure,” and “manage” it. The gerund “knowing” suggests instead a process, the action of knowers and inseparable from them. It may be feasible to “promote,” “motivate,” “encourage,” “nurture,” or “guide” knowing, but the idea of trying to capture, distribute, or measure it seems senseless. John Seely Brown, Chief Scientist at Xerox’s Palo Alto Research Center, commented that “knowing” happens between people, while talking about “knowledge” leads to an artificial separation between creation and dissemination.

To further define what may be underlying differences between Western and Eastern ways of perceiving knowledge and human existence in general, Nonaka contrasts the philosophies of Descartes and Nishida. To the Western-Cartesian “I think, therefore I am,” Nishida counters, “I love, therefore I am.” Descartes conceives of the individual as outside the environment, an observer standing apart from and evaluating his surroundings. Nishida views the individual as inside the environment, an inseparable part of it.

Schematically, the U.S.-Japanese contrasts, which may represent a larger contrast between East and West, look roughly like this:

To continue reading please visit EBSCO Host databases and discovery technologies. They are the most-used, premium online information resources for tens of thousands of institutions worldwide, representing millions of end-users. 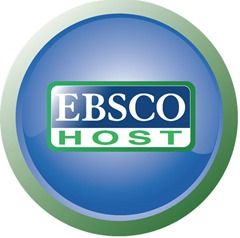