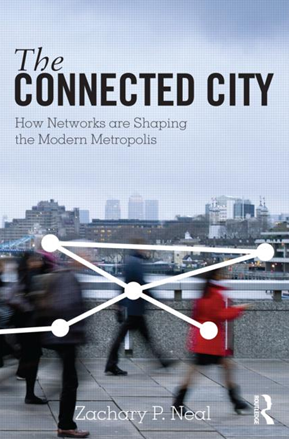 HOW NETWORKS ARE SHAPING THE MODERN METROPOLIS

The Connected City explores how thinking about networks helps make sense of modern cities: what they are, how they work, and where they are headed. It is organized around three different levels of urban networks that build upon one another, and require distinctive analytical approaches that make it possible to consider different types of questions:

(1) Micro-urban networks: Networks within cities, including the social relationships among neighbors that give rise to communities and subcultures, and that shape the complexities of urban politics.

(2) Meso-urban networks: Networks that structure cities, including infrastructure networks like roads and organizational networks like those among governmental and social service agencies.

(3) Macro-urban networks: Networks between cities, including the telecommunications and command-and-control networks that shape processes of economic development and globalization at regional, national, and global scales.

Throughout these sections, when a new methodological concept is introduced, a separate “method note” provides a brief and accessible introduction to the practical issues of using networks analysis in research. What makes this book unique is that it synthesizes the insights and tools of multiple scales of urban networks, and integrates the theory and method of network analysis. 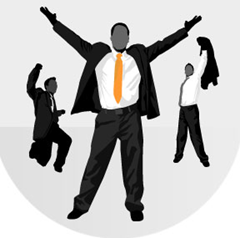 “Urbanists often talk about cities as agglomerations and clusters, but what makes them such powerful economic and social engines is their extraordinarily intricate and adaptable weave of connections. Zachary Neals The Connected City shows how networks make cities more innovative and people more productiveand explains why cities are increasingly replacing large bureaucratic corporations as the key social and economic organizing units of our time.”

— Richard Florida,
Director, Martin Prosperity Institute, Rotman School of Management, University of Toronto and author of The Rise of the Creative Class, Revisited

“In The Connected City Zachary Neal uses the language of network science to unravel the mechanisms that govern a citys daily evolution and patterns of daily life. He offers a persuasive narrative that fundamentally alters the way we perceive urban life.”

“The Connected City is the networked city. Zachary Neals masterful book takes away from old-fashioned views of cities to show how they thrive through their networks between residents, businesses, and even between cities. The cities networks pulse with vitality and life, and so does this book.”

“The strength of the book is in presenting a network analytic take on many of the key issues in urban studies, while at the same time providing a quite brilliant introduction to network analysis using these urban studies themes. It is well written and accessible to advanced undergraduates without being too elementary for more experienced students of these urban issues.”

“Confronted by the multitude of new books on cities, there are two very good reasons to read this one: first, it provides a thorough understanding of how networks work; second, it does a brilliant job of evaluating networks across scales, from community to global, while remaining focused on cities. I consider The Connected City to be a cutting-edge addition to the urban literature.”

“An overarching effort to comprehensively link the multifarious network approaches to cities has been long overdue. Neals The Connected City effectively rectifies this situation: based on a sophisticated review of very diverse literatures, this book provides readers with both an elegant introduction to and a wide-ranging review of the urban literature drawing on the notion of networks.”